Omar Garcia Uridales – an Uganda600 consultant based in Germany with an MBA from St Edwards University, USA, talks about his experience of developing a customer service, promotional plan and financial model for a retail store in Kampala, Uganda.

My client’s name is Issac Bamwidhi and he owns a convenient store at Masiro Road Kasubi, Kampala Central Region of Uganda. The street which Issac’s convenient store is located is near the Kasubi Tombs in Kampala which is a UNESCO World Heritage site and he is also seven kilometres away from the downtown area of Kampala.

Issac and I primarily use WhatsApp as a means of communication. We also have used Skype video with the assistance of Ms. Pamela Ayot, Client Manager for Grow Movement. Ms. Ayot has been an important reason in giving us the reassurance of assistance and easing the challenges of communication within our project. At start of the Grow Movement project, Issac had identified the following three challenges he was faced with at the start of his business:

First challenge was to develop a strategy for Customer Service in order to attract and retain clients.

Second challenges was to create a business strategy in which his store would differentiate his competition. Keeping in mind that at the same street where his store is located within twenty meters away there is a cluster of stores that compete with him.

The third challenge was creating a financial model in which he could manage his store and to keep track of his products sold at his store.

Within three months, we have solved Issac’s first addressed challenges in the following manner: First issue to address was to develop a strategy for Customer Services. I encouraged Issac to develop a report with his customer. By doing so, we better understood the needs of the customer and we were able to identify which products Issac could consider to sell at his store. We also understood that word of mouth was Issac best form of advertisement at the moment in which we have used to channel information such as sales promotion that runs from the middle of the month to the end of the month. This has empowered Issac’s customers to have purchasing power during the time of the month where the financial resources our not as plentiful as they are at the start of the month. This has also attracted a customer flow within his store.

Second issue that was addressed was creating a business strategy in which his store would differentiate itself from the competition. The strategy we created was developing a sales promotion starting in the middle of the month. Before we started, no competitor had an existing promotion strategy. The strategy also allowed Issac to evaluate from his promotion if some of his products that he was selling could be discontinued and replaced with different products. Currently Issac now has the information in which he can then evaluate if he is able to discontinue a product and with the same amount of investment used on the discontinued product of that of a new product such as spaghetti and eggs which have proven to have a higher demand.

Third issue was to create a financial model in order to manage his store. The approach taken by Issac has done very well. For this, we made a financial plan together while I mentored him. This was done with the idea that Issac would be self-efficient after the project with Grow Movement is completed. Currently Issac now knows how to keep track of his sales items and expenses with a record keeping log for his store. He also knows how to read and develop a Balance Sheet and Income Statement. We are currently reviewing how to analyse Inventory Turnover and how to accept and reject the introduction of a new product within his store. This learning approach would have not been as affective without Issac wiliness to learn and develop as a business owner. 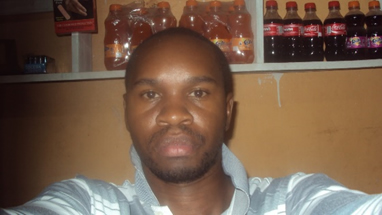 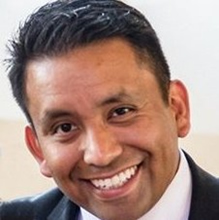 We are entering our seventh session and Issac just recorded for the month of September 2015 Sales Revenue of UGX 1,953,700 which is a 39% increase from the Month of August. Currently Issac is experienced a growth within his store and the opportunity to evaluate future plans of growth. For example, he wants to start to selling chickens at the Christmas and New Year’s event held at his town. Therefore, the remaining of the sessions I will assist Issac in learning how to evaluate and monitor his store’s growth and financial analysis. Issac told Grow Movement that in three years he wanted to have a Supermarket and enter the wholesales business sector. Therefore, I plan to give him the knowledge and assist him within the remaining sessions on how to guide his growth. 5

I am grateful to have worked with Issac and Grow Movement. I have only positive things to say from my experience of working and interacting with individuals that make Grow Movement possible. I have not only gained the experience of consulting a micro business in Uganda but I have also seen first-hand how Grow Movement has the empowerment of instituting growth not only to the Entrepreneurs we work with but also to the consultants that take part of the mission of Grow Movement.